‘The government is employing technology to address our issues’ – (Dr. Bawumia)

According to Vice President Dr. Mahamadu Bawumia, the government is using technology to find solutions to the nation’s crises.
According to Dr. Bawumia, the government is creating a data-based society, thus many initiatives in the technology and digitalization fields are directed in that direction.
On Wednesday, August 17, 2022, the Vice President was addressing at Academic City University College’s formal opening.
Four years ago, Academic City University College was founded with the goal of being a top-tier hub for education, entrepreneurship, and innovation that develops future leaders.

Dr. Bawumia explained that the pursuit of technology to solve Ghana’s problems will ensure that the country is not left behind in terms of development. 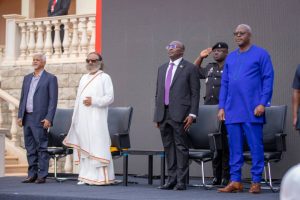 “In Ghana, we have chosen to be part of the fourth industrial revolution. We have made a decision not to be left behind and for that matter, as a matter of policy, government is pursuing technology, not for the sake of technology, but we are pursuing technology to solve problems,” he said.

According to him, this initiative has assisted government to fish out ghost workers from the public sector payroll.

“…Because ghosts cannot have fingerprints and we are able to fish them out,” he said amid laughter.

He went on to say that the use of technology through digitalization has also helped government to address “no working address system” by implementing a national digital property address system.

“So in Ghana today, every five by five perimeter of land or water have a unique digital address.” 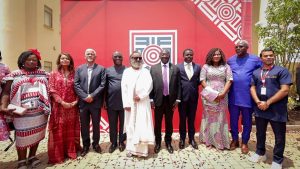 KNUST bans any public gatherings after the Conti-Katanga altercation