The announcement comes more than two years after the healthcare giant ended sales of the product in the US.

J&J faces tens of thousands of lawsuits from women who allege its talcum powder contained asbestos and caused them to develop ovarian cancer.

But the company reiterated its view that decades of independent research shows the product is safe to use.

“As part of a worldwide portfolio assessment, we have made the commercial decision to transition to an all cornstarch-based baby powder portfolio,” it said in a statement.

The firm added that cornstarch-based baby powder is already sold in countries around the world. 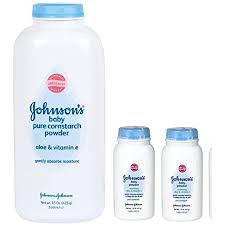 In response to evidence of asbestos contamination presented in court rooms, media reports and to US lawmakers, the firm has repeatedly denied the allegations.

In October, J&J created a subsidiary, LTL Management, assigning its talc claims to it. It later placed it into bankruptcy, which paused the pending lawsuits.

Before the bankruptcy filing, the company faced costs from $3.5bn (£2.87bn) in verdicts and settlements, including one in which 22 women were awarded a judgement of more than $2bn.

In April, a shareholder proposal calling for an end to global sales of the talc baby powder failed.

Mon Aug 15 , 2022
Another MacBook Air running M2 chip is seen shown during Apple’s yearly Worldwide Developers Conference in San Jose, California, June 6, 2022. The 2020 MacBook Air, at $999, is the cheapest MacBook that Apple sells, but it’s still a great computer. It runs on an M1 chip, and it’s powerful […]

We must devise a strategy to ensure that the National Cathedral is constructed. Ken Ofori-Atta

On their wedding day, the bride abandons the groom while fighting with him.

The IES contends that electricity rates should be reduced.