A police officer identified as Inspector Molik Sulaiman, attached to the Lagos State Police Command and posted to the office of Justice Abisoye Bashua of Lagos High Court has been accused of extorting the sum of N5million from three Nigerians. 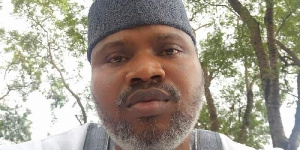 Sulaiman, according to the victims, presented himself as a visa agent who uses his connection with the Inspector-General of Police, Usman Baba, to process visas for people.

One of the victims, Akeem Ademola Lamidi, who spoke with SaharaReporters on behalf of the two others, Olowolayemo John Dele and Hassan Olayode Gafar, said that the policeman who is currently at large claimed that he would help them get Canada visas but failed to fulfill the deal after he collected full payment of N5 million.

Lamidi said that three of them were in Dubai but came back to Nigeria on holiday in 2016 when they first met Sulaiman and exchanged contacts.

Lamidi told Sahara Reporters that “Some time in 2016, I came back from Dubai on vacation, Inspector Molik B. Sulaiman was introduced to me by my wife as their neighbour in the same area; thus we established contact.

In pictures: Royal Family at the procession