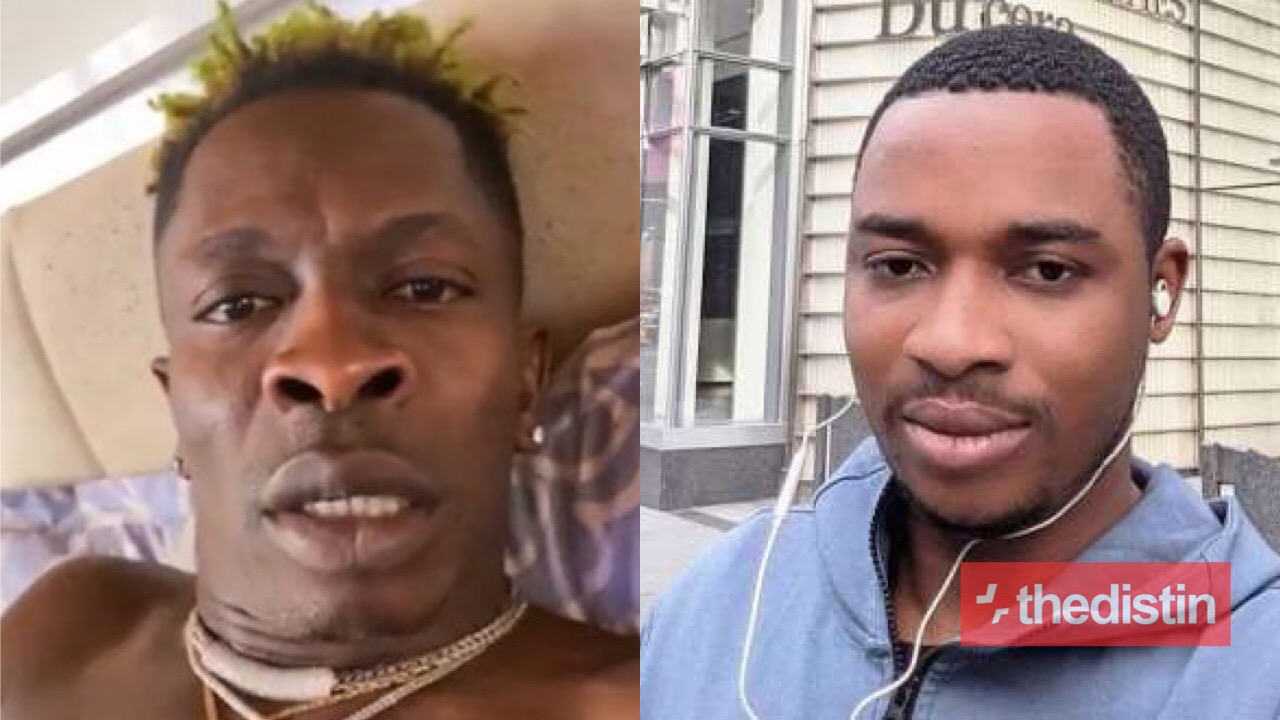 Shatta Wale has attacked Ghanaian-US based social media commentator, Twene Jonas aka Glass Nkoaa, after he descended on him for fighting with contractors hours after he returned from Miami.

The dancehall star with hoodlums attacked a road contractor and workers on site after his failed attempt to get the contractor to extend the roadwork, which is a government’s project, to his office.

Commenting on the saga, the controversial social media commentator, said: ” the Ghanaian government is lazy at constructing roads and this one that they are doing by God’s grace, you are rather disturbing them“.

Speaking Twi, he continued that “don’t do that again, I know you are a fool who can’t sit at one place but don’t do this again“.

Advising Shatta Wale, Jonas added that “come to Africa, because of COVID-19 the likes of Kenya West have donated 5 million to the Government to help support the black community, what have you done in Ghana?“.

Well, Shattta Wale has taken to his Snapchat stories to react to Twene Jonas’ insult.

According to Shatta Wale, Twene Jonas is frustrated and as a result he cannot step foot in his own motherland.

Shatta Wale warned Twene Jonas that he might end his social media dream if he continues to speak about him.

Below are screenshots of Shatta Wale’s response to Twene Jonas:

Actress, Adu Safowah who was reported to have been picked up by the police for defaming businessman, Nana Deo, has...