Lose your game and get GH¢5,000 each – Elmina Sharks make revelation about German betting syndicate

‘They can go to hell’ – NDC MP slams pro-LGBTQ+ diplomats

How Kennedy Agyapong predicted doom for Assin North MP in 2020

PHOTOS : Check out these 7 best dressed Ghanaian celebs on the gram this week 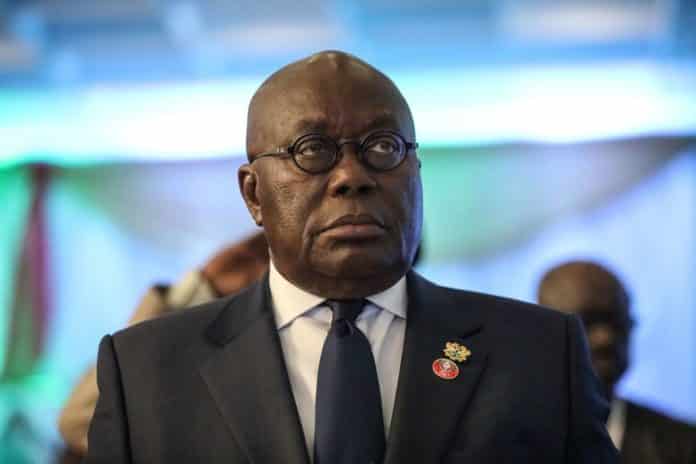 Popular Ghanaian preacher Prophet Kumchacha has asserted that President Nana Akufo-Addo has been placed under a spell.

Prophet Kumchacha, whose real name is Nicholas Osei, made this observation in a video sighted by GHPage.com where he raised concerns about the current state of affairs in the country.

According to him, President Nana Akufo-Addo has delivered little to none of the things he promised electorates prior to his election – a situation he believes is not coincidental.

I caught my boyfriend banging my own mother- Ghanaian lady

Kumchacha stated emphatically that the Nana Addo has performed abysmally in office because some persons have tied him up in the spiritual realm.

Prophet Kumchacha’s remark comes at a time Civil Society Organisations have backed calls from Ghanaians demanding accountability from the government.

A group of Ghanaians unhappy with what they call the economic challenges in the country started a movement on Twitter with the hashtag #FixTheCountry expressing their displeasure over successive government’s failure to improve the living standards of Ghanaians.

TB Joshua’s encounter with his political sons and daughters

Members of the movement had declared their intention to protest on May 9, 2021. But the Ghana Police Service secured an ex-parte injunction against the planned protest.

Nana Akufo-Addo has been tied up spiritually – Prophet claims