Millions across India light lamps in solidarity amid coronavirus lockdown

People in India have lit candles and lamps in a collective display of solidarity called for by Prime Minister Narendra Modi. Meanwhile, COVID-19 cases in the country have risen by 505 in just 24 hours.

Why Russia sent the military to attack Ukraine: Everything…

Insurance In Germany: 7 Best Insurances to Know In Germany,…

Over 40 percent of car accidents result in an injury

Offshore Accident Lawyer and 5 amazing things to know before…

Scary moment as American singer, Maeta, was bitten by snake… People in India turned off lights and lit candles and earthen lamps outside their houses on Sunday as a show of solidarity amid the coronavirus pandemic.

Prime Minister Narendra Modi had addressed the nation earlier this week through a video message, calling for a 9-minute show of solidarity “to fight the darkness spread by the coronavirus with light.”

“On 5th April on Sunday at 9:00 p.m., I want 9 minutes of your time. Switch off all the lights in your houses and stand in your doorways or balconies and light candles, lamps, torches or flashlights of your mobile phones to highlight the objective for which we are fighting together,” he had said in the message.

As soon as it was 9:00 p.m., residential complexes across the nation blacked out, as millions of people turned off their lights and came out onto their balconies and roofs. Some people were seen lighting candles and lamps, while others waved their phones with the flashlights turned on.

Chants, patriotic and religious, were heard from several apartment buildings in the capital, New Delhi, amid roaring applause.

#9pm9minutes trended on social media as several people, including Modi, shared their pictures. 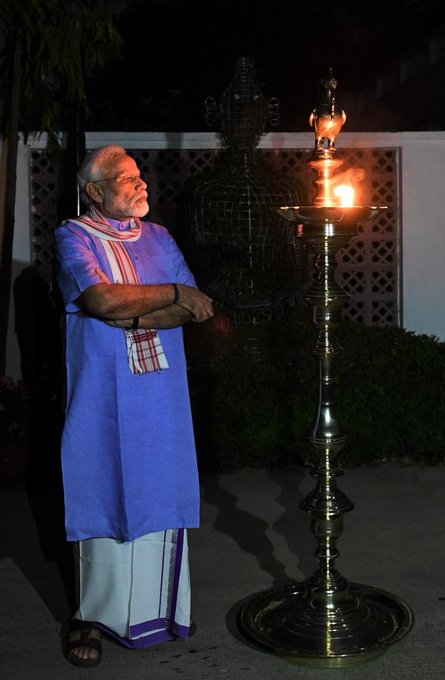 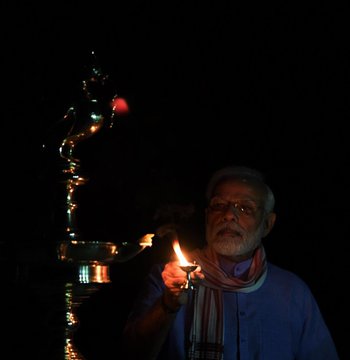 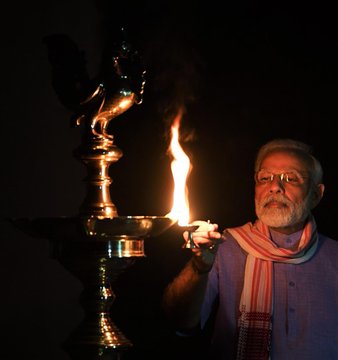 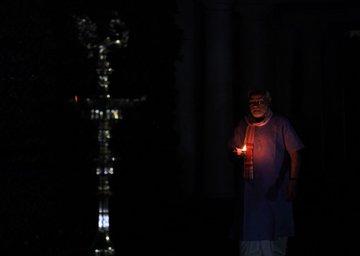 162K people are talking about this

Ambassadors from several countries including Germany also joined the people of India. 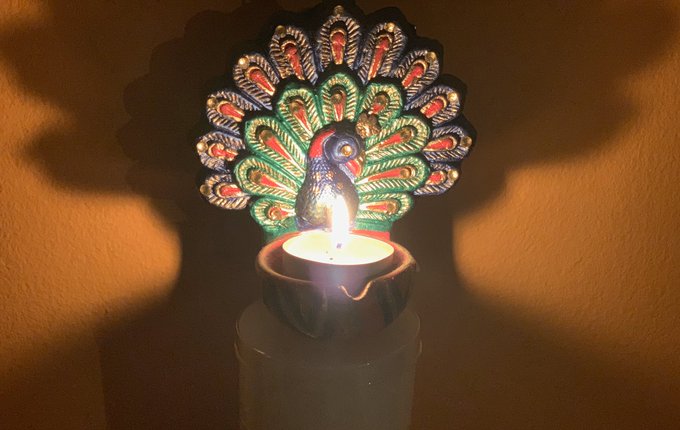 86 people are talking about this

As the event progressed and crossed the 9-minute mark, loud bangs from firecrackers were also heard in different parts of the country. People called out the behavior on social media, saying that it was “insensitive” and the purpose of the event was not “celebration” but rather “peaceful solidarity.”

Why are people bursting crackers ?

Why are they screaming in joy as if India won a World #Corona Cup ?

I don’t think PM meant this? 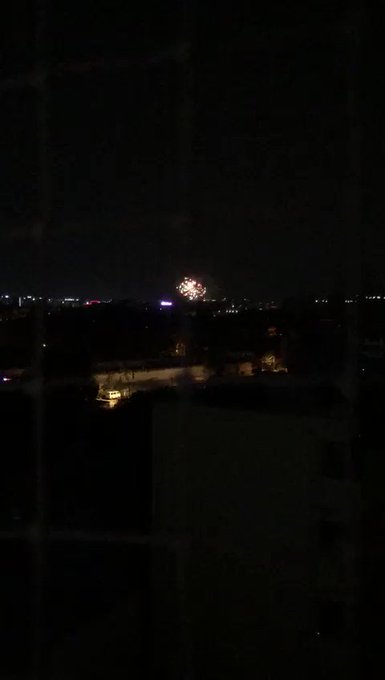 This is the second time Indians showcased a communal display on the prime minister’s call. On March 22, when the country was put under a one-day voluntary curfew before the lockdown, Modi had asked people to applaud health care workers, police and the media for their work by clapping and banging utensils.

Meanwhile, the number of COVID-19 cases in India on Sunday rose by 505 in just 24 hours, taking the total number of infections to 3,577. Eighty-three deaths have been reported since the outbreak began in the country. The latest Health Ministry figures show that 275 people have recovered.

Some 1.3 billion people in India have been under a 21-day lockdown from March 25 in response to the coronavirus outbreak. There are restrictions on people leaving their homes with only essential services being allowed to function.

Military investigates killing of civilian by soldier at Ashaiman

Doctor and nurse suspended for having S3X, moaning and disturbing patients…

Mali must consider its options to ‘bolster our national defence’, says…