In the wake of accusation against Kwesi Nyantakyi over corruption charges Pulse Sports has compile the list of seven top FIFA members who suffered similar fate.

Sepp Blatter and Michael Platini lead the list of top FIFA officials who were accused of corruption.

Sepp Blatter was slapped with a FIFA ban after he was found guilty by the Ethics Committee of the world football governing body for making a “disloyal payment” of $2 million to Michel Platini.

The Ethics Committee also fined Blatter who had then resigned as FIFA President an amount of $40,000 after it was ruled that the payment was a conflict of interest and a breach of loyalty.

Juan Angel Napout, who was the President of the Paraguay Football Federation and FIFA Executive Committee member resigned in 2015 after he was arrested and extradited from Switzerland for corrupt practices

In December, he pleaded not guilty in New York to charges of racketeering, conspiracy and wire fraud. He was released on $20m bail.

Michel Platini, who was in pole position to become FIFA President after Sepp Blatter had resigned in 2015 was found guilty of receiving a “disloyal payment” of $2 million.

The Ethics Committee also fined Platini, the UEFA President at the time $80,000 after it was ruled that the payment was a conflict of interest and a breach of loyalty.

Eduardo Li was elected Fifa’s executive committee member, but he was arrested and indicted in Switzerland in 2015. He was among the first seven FIFA-related officials to be arrested as part of the corruption scandal.

He was extradited to the US, but he pleaded not guilty to the charges against him.

In 2017, the former Costa Rican Football Federation (FEDEFUTBOL) president Eduardo Li was banned from soccer for life, according to an announcement by the sport’s governing body, FIFA.

Jerome Valcke, who was the General Secretary under Sepp Blatter was fired by FIFA in January 2016 after being implicated in irregular World Cup ticket and broadcast rights sales, plus expense abuses including personal use of private flights.

The FIFA ethics committee banned him for 12 years, with an additional charge of destroying evidence. FIFA’s appeal panel cut the ban by two years.

See also  Belgium 5-2 Tunisia REPORT: Lukaku and Hazard both at the double as England's Group G opponents ease to victory

Seventy-two-year-old Jack Warner from Trinidad and Tobago was a member of Fifa’s executive committee from 1983 to 2011, when he resigned amid allegations he had bribed Caribbean associates.

At the time he said he had been “hung out to dry”, insisting that the giving of gifts had been part of Fifa culture during his 30 years in the organisation.

He was also president of the Confederation of North, Central America and Caribbean Association Football (Concacaf) until 2011.

After he resigned, Fifa dropped its inquiry into whether he was involved in any corruption. Mr Warner returned to Trinidad and Tobago, where he became minister of security.

He resigned from the post in 2013 when a Concacaf ethics panel accused him of enriching himself through fraud.

He was arrested at the request of the US authorities in Trinidad on 27 May and faces extradition proceedings. He was bailed after surrendering his passport.

Fifa’s ethics committee has banned him from football activities for life. 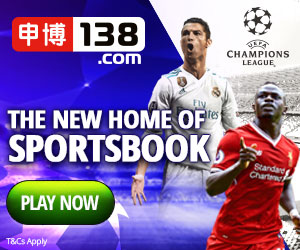 HOT VIDEO: Is it true Prophet Nigel wanted to 'sleep' with Ebony as DJ Oxygen alleges?

Mon May 28 , 2018
YEN.com.gh has sighted videos of the owner of Oxy FM, Alfred Kwame Larbi making damning allegations against popular man of God, Prophet Nigel Gaisie. In the videos, Larbi who is popularly known as DJ Oxygen is seen claiming to know all the secrets of the prophet and will be spilling […]