Players and officials of Kumasi Asante Kotoko have been attacked by irate fans of CARA Club of Congo.
According to Asempa FM’s Countryman Songo, the Kotoko team which is in Congo to play CARA in the second leg of the CAF Confederation Cup preliminary round game, was for long hours denied access to the training grounds, barely 24 hours before the game.
He reported on Adom FM that the supporters of CARA club invaded the pitch and prevented Kotoko from training and had to take the intervention of Ghana’s ambassador to Congo Atta Boafo to avert the situation.
“The club’s bus has been attacked and sprayed with dirty liquid substance by rampaging CARA fans. We are very surprised at what is happening here. It’s disheartening. We have written to CAF”
Kotoko beat CARA by a lone goal in the first leg played in Kumasi, squandering 3 penalties in the process.
The winner of the two-legged tie will advance to the next stage of the competition. 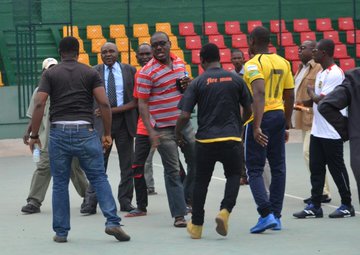 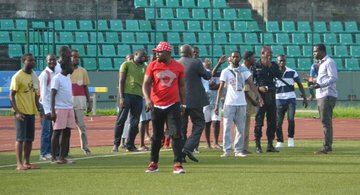 Officials and fans of CARA FC heckling officials and players of Asante Kotoko. We are unperturbed by these antics and focused on the game tomorrow. The players responded with songs of praise to the Lord and are determined to win. #AKSC #CAFCC 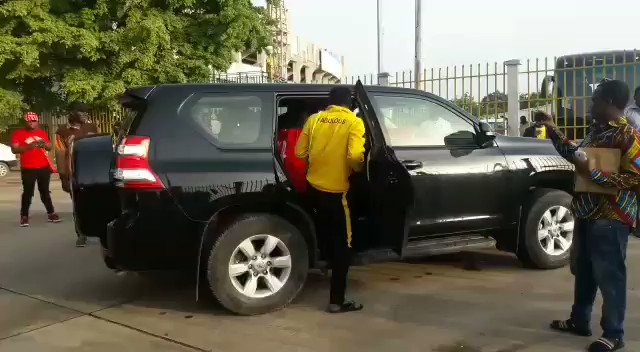 Players of Asante Kotoko being transported by two V8’S provided by the Ghana mission in Congo. After their bus stained with pig waste and other unprintable stuff!

Tue Feb 20 , 2018
The Episode starts with Abhi thinking about Pragya and recalls Dadi and Dasi’s words. Dadi telling that Pragya can save him only. Abhi thinks Pragya and Munni’s nature is same and thinks she works for him like Pragya would do. Pragya comes to room with coffee tray and slips. Abhi […]