Journalists in Somalia are reporting that the government has impounded a plane carrying an unspecified amount of money, even though some reports put the amount at $13 million cash.

According to Mohamed Moalimuu, Secretary General for the Union of Somali Journalists, the plane was from the United Arab Emirates and had been caught at the Mogadishu airport.

On his part, a VOA journalist, Harun Maruf, reported that the plane was believed to be carrying cargo for the UAE mission in the Somali capital. He, however, quotes sources as saying the amount was unknown adding “its final destination not yet clear.” 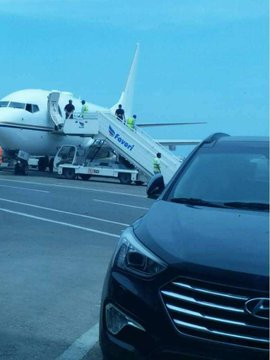 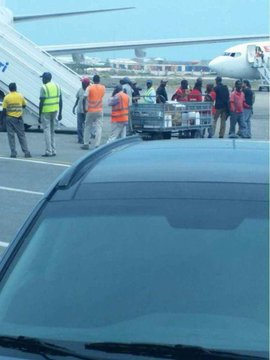 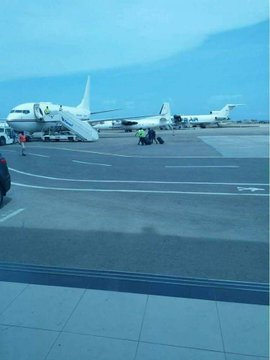 A plane carrying 13 million dollars of cash from United Arab Emirates has been caught, shortly after landing at Mogadishu airport.#Somalia

The UAE has been on a diplomatic collision course with Somalia over the business dealings of a UAE-based company DP World with semi-autonomous Somaliland.

DP World entered Berebra Port deal with Somaliland along with Ethiopia. Somalia reported the incident to the United Nations weeks back. Somaliland government insists its parliament had okayed the deal even though Somalia’s lower house of parliament voted to declare it “null and void.”

Somalia has been riled by a political crisis that involves the lower house of the legislature and the executive. It is said that the Prime Minister is championing a cause to remove speaker Jawari who insists he is not going to resign.

Local journalists are already linking today’s incident to the political crisis. Legislators are said to vote on a no-confidence motion against the speaker on Monday.

now
Airport security in #Mogadishu have seized a plane from UAE carrying bags stashed with unknown amount of $. UAE claims z $ is for paying security forces in Mog & #Puntland. UAE has long been accused of destabilizing #Somalia with the latest $ coming as MPs plan to oust Jawari. pic.twitter.com/SMwatB4W6h

Relation between Mogadishu & Dubai has been at “all time low” after #Somalia chose to remain neutral in z GCC crisis. UNSC was recently informed of UAE’s activities in z country that undermine Somalia’s sovereignty, inc a recent contract with @DP_World that was terminated by FGS.

Kenya’s Majority leader, Aden B Duale, is on record to have singled out UAE for “undermining” sovereignty of Somalia. “What is going on in Somalia is a proxy war led by UAE mercenaries to undermine the sovereignty, legitimate government and institutions. Somalis must not allow foreign mercenaries to destabilize their country,” he is quoted to have said.

Mon Apr 9 , 2018
Social media is going wild again over the man of God who never leaves the news, Bishop Daniel Obinim. This time, it is not about his ‘miraculous’ stickers.  A new video of Bishop Daniel Obinim doing a passport miracle for a young lady whilst speaking ‘Chinese’ has baffled the minds […]

Akufo-Addo will get lost for misleading Ghanaians - Kwaku Bonsam:

Increase our salaries or else, we will leave Ghana – Nurses to gov’t