Vidoe: Lady Shares Her Experience After Piecing Her Tongue

Tuneon Radio is a compilation of Ghanaian radio stations and over 1000 radio stations worldwide that our aim is to serve our cherished listeners well with what they want. We serve them with latest news update, political shows, sports, interviews, entertainment shows etc. Download the app and enjoy best of Radio Station and ur favorite programs here.
Sports News
Djfly
July 3, 2018
Read Time:1 Minute, 25 Second
Facebook
Twitter
Pinterest
LinkedIn 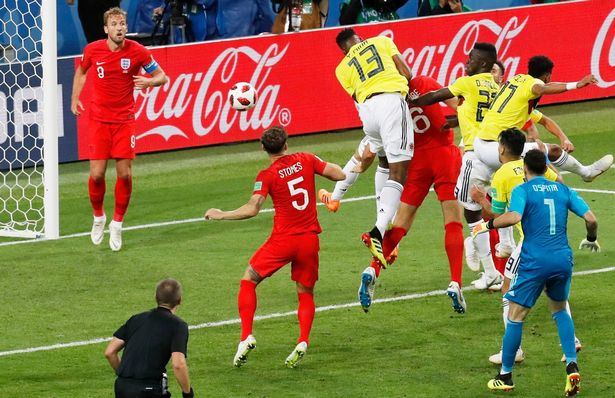 England are into the quarter-finals of the World Cup after a penalty shootout victory over Colombia.

Harry Kane‘s first-half penalty looked to have England on course for the last eight until Yerry Mina’s last-gasp header.

But after a nervy extra time period, England kept their cool to win their first ever World Cup penalty shootout.

Kane, Marcus Rashford and Kieran Trippier all found the net in the shootout but Jordan Henderson saw his saved by David Ospina.

Colombia’s Mateus Irube hit the bar from the spot and after Pickford had denied Bacca, Dier kept his cool to spark wild scenes in Moscow.

England had been in control for most of the 90 minutes in Moscow and took a deserved lead through Kane.

The Three Lions skipper was pulled down in the area and he kept his cool to score his sixth goal of the World Cup.

Colombia rarely troubled the England defence until Pickford made a flying save to keep out Uribe’s effort.

But from the resulting corner, Mina rose highest to head in with Kieran Trippier failing to keep it out on the line.

The dramatic leveller rocked England and the Colombians had the lionshare of the extra period before the shootout.

England will now take on Sweden in the quarter-finals on Saturday.