If you are 21 and your breast has fallen, your bride price should be GHS200 – Prophet Oduro

VIDEO : Court orders Funny face to be detained at the Accra Psychiatric Hospital for 2 weeks

WATCH VIDEO: My wife bites me when she climaxes during sex-Rev Obofour

According to DW’s Bernd Riegert, policemen at the border between Saarbrücken in Germany and Forbach in France are asking drivers questions such as “Where are you going?” and “what is the purpose of your visit?” The officers are not wearing face masks or other protective gear.

Many drivers told DW that, while they understand the purpose of this measure, they are still afraid to get the virus, whether on the French side of the border or the German side.

“The German administration is hoping that infection lines can be broken because of this and that social contacts are slowed down,” Riegert said. “But there are also critics that say this is not true because (the virus) is already there.”

06:34 Mexico’s health ministry has rejected media reports that the country has registered its first coronavirus death. Veteran broadcaster Joaquin Lopez-Doriga said on Twitter that businessman Jose Kuri had died after testing positive for the virus following a trip to the US. The health ministry said Kuri was still alive but in critical condition.

05:09 The Bank of Japan unveiled a series of emergency monetary policies in an attempt to boost the world’s third largest economy amid the coronavirus outbreak. The policies include expanding purchases of stock, corporate bonds and other assets. The United States Federal Reserve announced similar measures on Thursday. The news led to a slight bump in Japan’s benchmark Nikkei index, but it still finished 2.46% lower.

04:38 Like a number of other countries and cities across the globe, New Zealand Prime Minister Jacinda Ardern has banned gatherings of more than 500 people. Ardern said educational institutions will be exempt from the mass gathering ban for the time being.

04:27 Mexico has experienced its first death due to the new coronavirus, according to Mexican media reports.

03:59 A supermarket chain in Australia will start opening its doors exclusively to customers over 60-years-old for one hour a day. The policy is set to be implemented in an effort to ease the burden of panic-buying on the most vulnerable.

“Woolworths Supermarkets will be opening exclusively for the elderly and those with a disability to shop from 7am to 8am,” the supermarket chain said in a statement.

The policy is expected to come into effect on Tuesday and run for the rest of the week, when the idea will be reevaluated, before being possibly extended.

03:43 Las Vegas has joined a number of other cities across the United States that is imposing measures to restrict contact between citizens. Casinos and hotels, including venues on the city’s main strip, will close in an effort to prevent spread of the new coronavirus.

“It is now apparent that this is a public health crisis that requires major collective action if we are to slow its progression,” Jim Murren, chairman of MGM Resorts, said in a statement.

Accordingly, we will close all of our Las Vegas properties as of Tuesday, March 17th, for the good of our employees, guests and communities,” Murren said.

03:16 Los Angeles Mayor Eric Garcetti has mirrored his New York counterpart by instructing LA’s restaurants, bars and night clubs to close in an attempt to stem the spread of the new coronavirus. 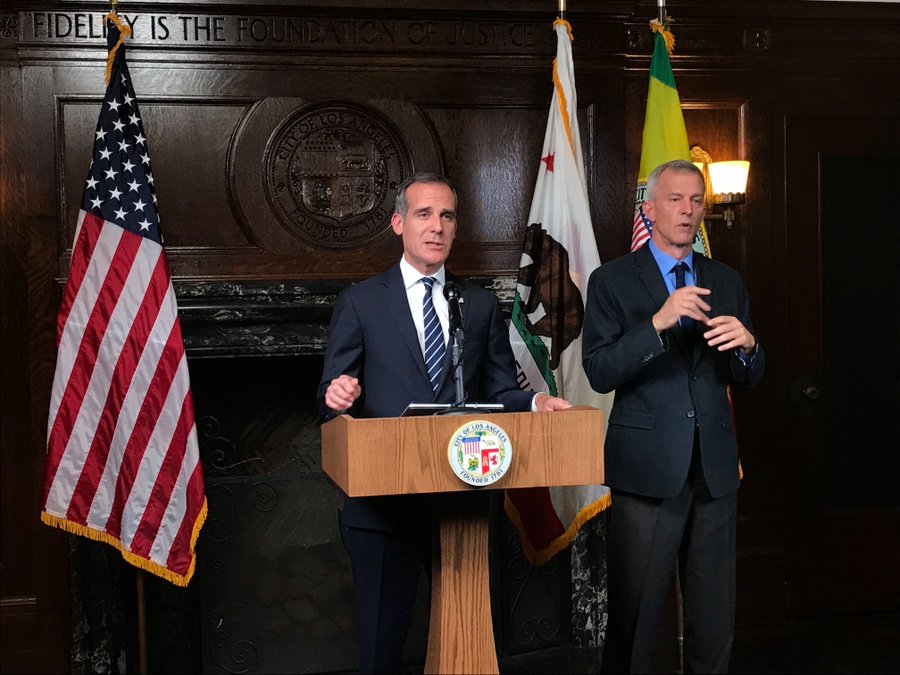 02:46 The Peace Corps, a US volunteer program, has announced that it is suspending all global operations and evacuating its workers from several countries. The government organization has already evacuated its workers from China and Mongolia.

02:36 For the first time in decades, China’s industrial production, retail sales and investment all contracted. The downturn has been blamed on the coronavirus epidemic which has wreaked havoc on the economy, official data showed.

Industrial production for January and February dropped 13.5%, the first contraction in around 30 years.

02:29 New York has imposed a take-out only policy on all its bars and restaurants.

“I will sign an Executive Order limiting restaurants, bars and cafes to food take-out and delivery,” city mayor Bill de Blasio said in a statement.

“The virus can spread rapidly through the close interactions New Yorkers have in restaurants, bars and places where we sit close together,” de Blasio said. “We have to break that cycle.”

“These places are part of the heart and soul of our city. They are part of what it means to be a New Yorker,” he said. “But our city is facing an unprecedented threat, and we must respond with a wartime mentality.”

As of today, we are also closing our senior centers and converting them into feeding centers where our seniors can pick up meals. We don’t do any of this lightly, but we do it to protect our most vulnerable.

We need to treat this like wartime— and we have a simple mission: protect the people most vulnerable and protect our health care system.

94 people are talking about this

02:16 Peru has declared a state of emergency due to the new coronavirus.

“The measures, which will last 15 calendar days, imply compulsory social isolation of our population,” Peruvian President Martin Vizcarra said in a televised message. “During the state of emergency, constitutionally guaranteed rights will be reduced,” Vizcarra said, specifying that citizens would only be allowed to leave their homes to access essential services.

“During the state of emergency borders will be completely closed,” Vizcarra said, adding that the border closure will affect people but not goods.

The Peruvian president said that his country has had 71 cases thus far.

02:05 Cambodia has reported a four-month-old baby among its daily figure of novel coronavirus infections. It now has a tally of 12, up four on the day before.

The Asian nation has been experiencing a downward trend in new cases and the latest numbers are significantly lower than the peak of 909 cases reported on February 29 and slightly down from the 76 reported the previous day.

01:08 The Argentinian government has announced a 15-day entry ban on all visitors to the Latin American country. “At the moment we know that all of our cases are imported, and we have to do all we can to prevent the virus from transmitting locally,” President Alberto Fernandez said in a press conference as he announced a series of “drastic measures.”

“For the next 15 days — a period that can be extended — Argentina’s borders will be closed,” Fernandez said. “Nobody will be able to enter Argentina, except of course Argentinian natives or foreigners who live in Argentina.”

Among the new measures, the president also said that schools would be closed until the end of the months and that theaters and cinemas would also remain shut. Thus far, Argentina has had roughly 50 cases and two deaths from the virus.

00:56 Following the US Federal Reserve’s decision to slash interest rates to salvage an economy unraveling rapidly amid the pandemic, the central bank’s chair, Jerome Powell, held a press conference to explain the actions. Powell told reporters: “We thought it was quite important for us to take strong measures to support proper market functioning in important markets.”

He also said that it was difficult to predict the impact of the coronavirus on the economy, both in the short and long term. “It’s very hard to say how big the effects will be or how long they will last. That’s going to depend of course on how widely the virus spreads, which is something that is highly uncertain and I would say, in fact, unknowable.”

00:45 The Australian Capital Territory (ACT) — home to the capital city of Canberra and the country’s second most populous state, Victoria — have declared a state of emergency while large, non-essential gatherings have been banned in a bid to stem the spread after the national death toll rose to five.

Australia has nearly 300 cases and authorities are fearing a rapid rise, hence the new measures.

00:39 While the rest of the globe continues to reel from the outbreak, China’s downward trend of cases continued, with 16 new confirmed infections, down from 20 the previous day, the National Health Commission has said.

00:32 Latin America is the latest part of the world to begin to suffer from COVID-19. Colombia has reported 34 cases, Brazil’s soccer confederation has suspended all competitions due to the outbreak after almost 200 confirmed infections, while Costa Rica reported its worst day so far on Sunday.

00:24 US presidential hopeful Bernie Sanders has lambasted Donald Trump’s handling of the crisis. Sanders said during his joust with fellow Democratic candidate Joe Biden that Trump needs to stop “blabbering” with inaccurate information about the coronavirus. Trump is “undermining” the scientific experts and “confusing the general public” with his comments, Sanders added.

This coronavirus pandemic exposes the incredible weakness and dysfunctionality of our current health care system.

We are the only major country not to guarantee health care to all our people.

We need Medicare for All. #DemDebate 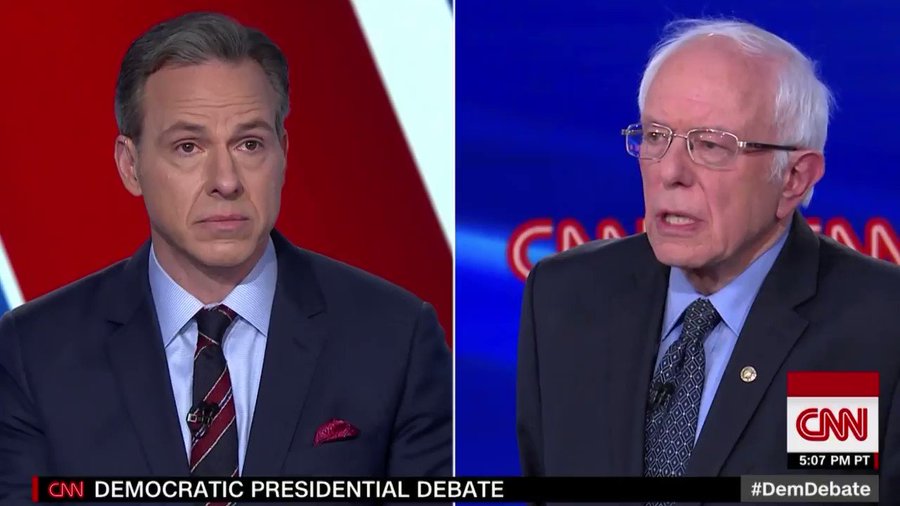 3,289 people are talking about this

00:21 With the latest on how the deadly virus is affecting the sporting world, click here.

00:06 Venezuelan President Nicolas Maduro has requested a “collective quarantine” for seven states, including the capital Caracas, from Monday, to halt the spread of COVID-19.

“It’s a collective quarantine that deserves great social discipline, great self-control,” said Maduro, adding that it meant people should stay “at home.” Maduro said this was “the only way, there’s no other option,” to stem the spread.

“The only way to contain the channels of transmission is to enter in a… drastic phase of collective quarantine throughout the country,” he said.

00:01 German travel company TUI Group is suspending the “vast majority of all travel operations until further notice. This temporary suspension is aimed at contributing to global governmental efforts to mitigate the effects of the spread of the COVID-19.”

Germany now has 4,838 confirmed coronavirus cases, a jump of over 1,000 compared to Saturday. The virus has so far killed 12 people, according to the Robert Koch Institute.