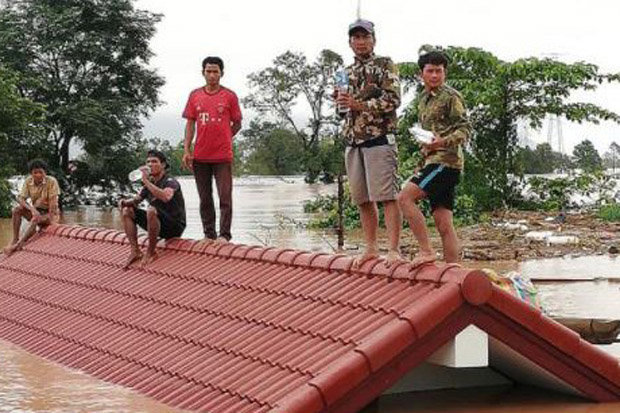 And more than 6,500 people have been made homeless by the disaster.

Officials have brought in boats to help evacuate panic-stricken residents in San Sai district as water levels rise dangerously high after the disaster.

Environmental rights groups have raised concerns about ‘hydropower ambitions’ for years, expressing worries over the impact of dams on the Mekong River, its flora and fauna and the rural communities and local economies that depend on it.