The federal government has been accused by Femi Falana, famous human rights lawyer, of being indifferent towards the xenophobic killing of Nigerians in South Africa 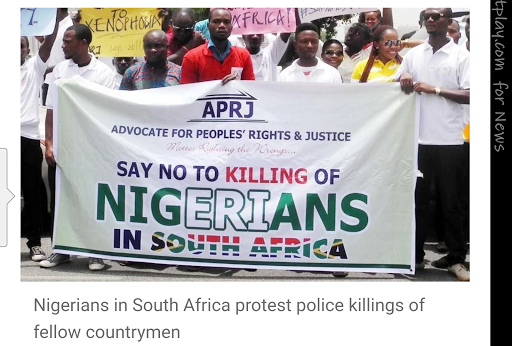 Femi Falana, a renowned Senior Advocate of Nigerian (SAN) and a human rights lawyer, has faulted the federal government for allegedly not being proactive in ending the xenophobic killing of Nigerians in South Africa, Vanguard reports

Falana, in a statement, read on Sunday, July 29, said that the government “has not gone beyond the regular condemnation” of the killings. He also accused the South African government of inaction.

Not less than 121 Nigerians are reported to have been killed in South Africa between 2017 and 2018, the most recent victim being Chibuzo Nwankwo, a Nigerian from the southeast region.

Falana alleged that despite the ugly developments, the governments of Nigeria and South Africa have deliberately refused to accept the jurisdictional competence of the African court on human and people’s rights by making a declaration in line with article 34 (6) of the protocol for the establishment of the court.

The statement read: “Thus, by refusing to make the declaration, both countries have made it impossible for their nationals, whose human rights have been violated by state actors, to seek legal redress in the court. On its own part, the government of Nigeria has not gone beyond the regular condemnation of the brutal killings.

“Up till now, the government has not deemed it fit to take bold diplomatic measures to guarantee the security of the life and property of every Nigerian citizen living in South Africa.”

“However, the lackadaisical attitude of the Nigerian government to the brutalisation of Nigerian immigrants in South Africa is not surprising in view of the impotence of the state to curb the incessant killing of innocent citizens at home by terrorists, herders, armed robbers, kidnappers and other bandits.”

Falana further said that to end the mindless killings, the federal government must “pressurise” the South African authority to immediately bring all criminals to justice and compensate victims.

He urged the presidency to stop “exposing Nigeria to ridicule” by making the declaration to facilitate access to the African court instantly.
Falana stated: “We are therefore compelled to call on the African Commission on Human and Peoples Rights to conduct an enquiry into the killings of African immigrants in South Africa and make appropriate recommendations to the African Union.”

0
In121 Nigerians Killed in South Africa in 18 months - Falana reveals, accuses FG of not being proactive to end killings, World News

2 thoughts on “121 Nigerians Killed in South Africa in 18 months – Falana reveals, accuses FG of not being proactive to end killings”